On the night of Oct 20th, fans, media houses, Hollywood and international guests from all over the globe gathered in Houston, TX to witness the most anticipated show of the African film industry, the 2012 Golden Icons Academy Movie Awards (GIAMA). When the celebrity guests arrived at the magnificent HBU Durham Theatre, an extraordinary sense of excitement and anticipation filled the atmosphere.

Golden Icons Host Emma Emerson asked the stars their expectations about the show, and most of them responded in the affirmative, indicating they were anticipating something decent, but yet, they all kept in mind that this was the maiden edition, and the video below highlights their gut feelings.

For the Host of the show Jim Iyke, he said, “This is DEFINITELY going to be what I think it is going to be…the single most important film makers event of the diaspora.” Remarkably, most guests shared similar beliefs about the maiden event. At the end of an amazing and historical night, international guest Saran Bifou was asked if she would return for the 2013 GIAMA Awards, she responded, “am bringing a whole battalion, I can’t selfishly keep this event to myself.” 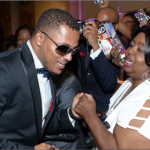 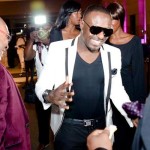