Uti Nwachukwu, a popular face in the Nollywood industry, a foremost TV presenter and the current host of the African show “Star the Winner is” who is also best known for winning Big Brother Africa 5 recently received the Male Viewer’s Choice Award at the just concluded 2014 Golden Icons Academy Movie Awards (GIAMA) in Houston, TX. Uti’s speech as he received the award was quite emotional which prompted Golden Icons to get up and close with him after the ceremony to understand why he was ecstatic to be the recipient of the award and what it signifies to him. He mentioned Rita Dominic, Desmond Elliot, Moses Inwang, Ramsey Nouah, Susan Peters, Anita Chris and a few others during his speech.. Check out what he had to say about them, and his interview response below:

You gave a very emotional speech as you received the award – What does the award mean to you?
Well, clearly it means a lot to me! It’s the viewers choice!! It means that people are watching from all over the world and I am the preferred choice! It means I am in the right profession and people are entertained by my hard work…it’s all Gods doing because if he didn’t bless me with the talent and TV charisma, I’m very sure no one would be impressed or interested in what I have to offer. And yes my speech was very emotional because I am someone who does not joke with loyalty and appreciation! I know personally how it feels to allow God use you to elevate someone and for that person to become ungrateful, insolent and unappreciative. That is not my style and so for me it’s really important to let those who have been your platform to success know how much you appreciate them – My divine helpers, supporters and friends. I have a very grateful heart. In this world, no one owes you anything! So, I can’t stress it enough how important it is to always express gratitude and appreciation in public every time you get the chance to have a listening audience.

Were you surprised you got the award?
More glad than surprised. Lol. Nothing surprises me much these days. I was glad that all the campaigning and encouraging words from my family, friends and online supporters finally paid off. I work really hard and I work with the best. Plus I have Divine FAVOR on my side. So, hey I’m really glad.

You are the 2014 GIAMA Male Viewer’s Choice WINNER, but as usual, a few people were surprised that you came tops considering the caliber of contenders that were nominated – what do you have to say about that?
Hahaha. People are surprised?? No way!! But it’s the viewers choice! Haven’t people out there noticed that the Grace upon my head is uncommon? When will they learn? From winning Big Brother Africa to this, I see we still have some doubting Thomas’s! Lol. But then again there were really top contenders from Ghana!!! For me those were the tough ones that I had to compete with. Wow! These are really talented actors and I can’t say I’m better than them at all!! But my online presence is really healthy and my team does not sleep when I’m concerned. Like I said earlier it’s uncommon Grace.

What is your general opinion of the Golden Icons Academy Movie Awards (GIAMA)?
I have been attending the GIAMAs from the maiden edition in 2012! And to see it grow to this level is absolutely inspiring!!! Take my word for it! With every year it’s just gotten better and better!!!! It has now become the Award ceremony in Diaspora to beat! From perfect organization to integrity, credibility and entertainment value…it’s simply amazing!! I’ll give it 8trophies out of 10!! 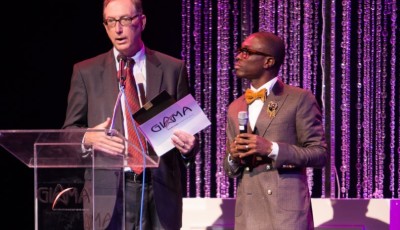